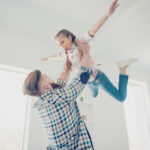 Florida Parenting Plans During the Holidays

Now that it is November, the holiday season is beginning. For many families in Florida that are going through a divorce (or are considering the possibility of divorce), the matter of parenting time and a holiday schedule can produce a significant amount of anxiety. In particular, for families that will be spending the holiday… Read More » 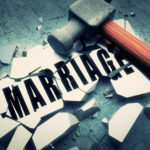 Millennials, Americans born between the mid-1980s and the early 2000s, are changing many of our society’s cultural norms. One area where millennials’ behavior is significantly different from that of earlier generations is marriage and divorce. There are many unique ways millennials approach marriage and divorce and many reasons for these differences, like the economic… Read More » 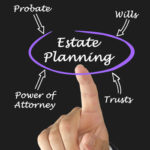 One of the largest shifts a person makes as he/she transitions to adulthood is learning how to make decisions without the guiding hand of a parent. Once fully learned, though, this autonomy provides freedom of choice and movement, and the authority needed to generate sufficient financial support. However, as individuals enter the last years… Read More »

Few people would characterize getting divorced as a happy time in their life. Divorce brings a lot of large and difficult changes to the couple, their children, extended family, and friends. It is common for emotions to run high as the parties work to settle issues necessary to divorce and learn how to navigate… Read More »

How to Appeal a Divorce Judgment

It is rare for a person going through a divorce to feel that they won on all the issue, since issues in these cases almost universally require some amount of compromise, but that does not mean either party should come out of the case feeling the judge clearly favored one side or made decisions… Read More »

When many people think about divorce, they usually conjure up a process that is full of animosity and disagreement, with both sides unwilling to concede an inch towards resolution. While there are certainly some divorces that meet this stereotypical image, more and more divorcing couples, especially those part of Generation X, are trying to… Read More »

Mental Incapacity and Divorce in Florida

Moving through the thought process that leads to the decision to initiate divorce proceedings is not easy, and normally comes with a lot of emotional angst. This decision can become even more complicated and distressing if a spouse is suffering from a mental health issue. A recent news story in Lakeview, Florida, discusses a… Read More »

The traditional image of the American family includes a mother, a father and children, and everyone assumes the man in this family called “Dad” is the biological father. Legal issues surrounding paternity are not as uncommon now as in days past with marriage rates declining generally and less people planning to ever marry. Determining… Read More »

Establishing Paternity for the Single Dad