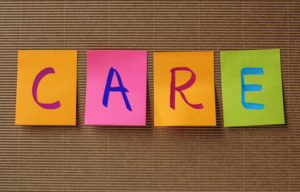 Few people would characterize getting divorced as a happy time in their life. Divorce brings a lot of large and difficult changes to the couple, their children, extended family, and friends. It is common for emotions to run high as the parties work to settle issues necessary to divorce and learn how to navigate life as a single person again. Contending with all of this change and emotion is more than enough for most people, but the situation becomes considerably more complicated if one spouse requires a court-appointed guardian to make legal decisions because the individual lacks the capacity to make decisions about things like property and self-care. Normally, this process is used for people so impaired they are vulnerable to fraud or abuse. While guardians are typically requested by family members, anyone can petition for an appointment under Florida law. A recent article in the Sarasota Herald Tribune discussed the case of a woman in the middle of a divorce who placed her property in a guardianship while she learned money management skills, but soon after, she found herself involuntarily declared incapacitated, and lost all of her civil rights. This story is an outlier and should not be viewed as representative of the normal operation of the guardianship system, but it does provide an opportunity to look at issues of mental incapacity in divorce, and how guardians are supposed to help those who lack the ability to do so themselves.

Mental Incapacity as Grounds for Divorce

Many people understand that Florida is a no fault divorce state, which means a party filing for divorce does not have to prove the other spouse is at fault for the demise of the marriage. However, there is another basis for asking for divorce that is rarely used – mental incapacity. The reason this provision is not used very often is because the mental incapacity must exist for three years before a divorce may be sought, and the incapacity must declared by a judge. Being declared incapacitated is big deal because it means a guardian must be appointed to handle the person’s financial and/or personal affairs and includes the loss of important civil rights. Some of the rights a person can lose in these proceedings include the right:

Role of the Guardian

The intent of the legislators when they created the laws on guardianship was to provide protection for individuals that were impaired by cognitive conditions, like dementia, from abuse and fraud. Because this procedure takes away a person’s rights, the role of the guardian is supposed to be limited to only those functions the ward cannot perform, which leaves them with as much autonomy as possible. Ideally, a family member fills this role because he/she has a vested interest in the wellbeing of the impaired person and better understands his/her needs and capabilities. However, in the event that no family is willing or available to take on this responsibility a private professional or public guardian may be appointed instead. Guardians play a huge role in the quality of a ward’s life, and Florida law allows residents to designate who they want to serve as guardian in the event a court rules they are incapacitated. This person is called a preneed guardian and is an important component of any estate plan. Guardianship plays a powerful and important role in the legal system, but it also presents a lot of complicated features that should be discussed with a knowledgeable attorney before any action is taken.

Protecting the vulnerable members of our society, especially our own family, is an important concern. If you have a questions or concerns about guardianship for yourself or a loved one, speak to an experienced estate planning attorney to determine what options are right for you. The Tampa law firm of Bubley & Bubley, P.A. thoroughly understands this area of the law, and can help you establish a guardianship plan. Contact us to schedule a consultation.