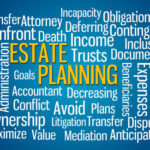 Generation X, the segment of the population that gets less attention than baby boomers and millennials, are in the midst of their peak years of professional achievement and earning capacity. The end of life is still too far away to provoke thoughts of mortality, but the need to institute an estate plan becomes more… Read More »

Planning for the future of one’s family after death requires considerable thought about what arrangement would be best for each person individually and the group overall. Certainly, estate plans can take a number of forms, which allows anyone a good amount of flexibility when deciding which alternative to choose. However, this process quickly becomes… Read More »

No one enjoys contemplating what the likely consequences would be if death or incapacitation comes earlier than expected. Thinking about the emotional, financial, social and legal toll such an event would cause is usually enough to stop most people from exploring ways to make such a traumatic life event easier. While such topics are… Read More »

How to Remove an Appointed Guardian

The work people put into building a life and family is usually with an eye toward having the ability to retire and relax in financial security after many years of effort and sacrifice. Enjoying the last years of one’s life in comfort, while knowing the financial future of one’s family is taken care of… Read More »

How Owning Property in another State Affects Your Estate Plan

Florida is commonly considered a state that a person moves to for work or retirement, but is not generally viewed as a place where many people are born and grow up. In fact, only 36 percent of Floridians are native to the state, according to the most recent numbers released in 2012. Most transplants… Read More »

Amending and Revoking Wills and Trusts

Thinking about death and the people left behind is not a topic likely to find many takers, but death is the one event in life that no one is able to escape. Additionally, when a person is young and healthy, thoughts of illness and death seem so far away and unrelated to where they… Read More »