Who Is Hurt More by Divorce, Men Or Women? 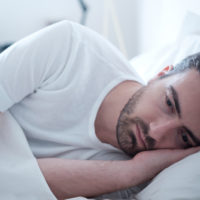 Divorce hurts every member of a family, even when the divorce is the healthiest option for the couple. Every individual processes his or her divorce in a unique way, but often, an individual’s gender plays a large role in how divorce affects him or her.

As for whether divorce hurts men or women more, there is really no good answer to that question. Divorce affects men and women differently, and other factors, such as an individual’s personality, physical health, and socioeconomic status can limit or exacerbate how he or she is affected by divorce.

A common myth about divorce is that women walk away from their divorces with a significant portion of their formers husbands’ money while men face financial hardship from having to pay alimony for the rest of their lives. This is not true at all. Divorce generally takes a greater financial toll on women for a variety of reasons. These include:

After divorce, women are more likely than men to live in poverty and seek public assistance.

Though women tend to take a bigger financial hit from divorce, men often suffer more emotionally and psychologically. Men are more likely than women to suffer from depression after a divorce, and when they experience depression, it tends to consume men more fully than it consumes women. To cope with depression, many divorced men turn to drugs and alcohol. A single man’s suicide risk is 39 percent higher than a married man’s risk. Suicidal men are also more likely to end their lives than suicidal women.

There are a few reasons why divorce is more difficult for men psychologically than it is for women. One is how men and women are socialized – women are far more likely to vent to friends and seek counseling to work through their psychological difficulties, while men are often socialized to keep their emotions to themselves. Alongside drugs and alcohol, men struggling with strong emotions often express themselves through actions, like taking on more hours at work and engaging in promiscuous sex.

Staying in an unhealthy marriage will hurt you far more than getting divorced will, no matter what your gender. If you know your marriage cannot continue, contact our team of experienced Tampa divorce lawyers at Bubley & Bubley, P.A. today to set up your initial legal consultation in our office. We can answer your questions and help you get the divorce process started.