What Will Happen to My Inheritance in My Divorce? 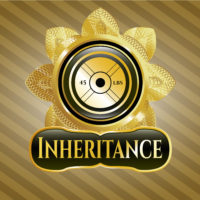 Are you thinking about filing for divorce in Tampa, you should know that all marital assets and liability will be divided between you and your spouse as part of the divorce process under Florida law. While it may be clear for many couples what property should be classified as “marital” and thus subject to division, some property classifications can be more complicated. We want to focus specifically on inherited property and how one of the parties in a divorce should anticipate the court handling an inheritance received by one of the spouses.

In general, there are a handful of different scenarios that may apply to your inheritance, such as:

How will a Florida court classify an inheritance? The answer to that question depends on several different factors.

Do You Have an Enforceable Prenuptial Agreement?

If you and your spouse entered into a prenuptial agreement, you may have provided a specific clause about inheritances to be absolutely clear about how they would be classified in the event of a divorce. More precisely, many couples who enter into premarital agreements make clear that any inheritances that occur during the marriage will be classified as separate property for the spouse who is inheriting.

Assuming that your premarital agreement is valid and enforceable, the court will classify any inheritances as separate property and they will not be subject to distribution.

Inheritance Obtained Prior to the Marriage

Even if you do not have a premarital agreement, any inheritance obtain prior to the marriage should be classified as separate property. The Florida Statutes stipulate that marital assets include assets that were acquired “during the marriage, individually by either spouse or jointly by them.” Accordingly, property acquired prior to the marriage should not be classified as marital property in most situations and will not be subject to distribution.

Inheritances Acquired During the Marriage

And in most situations, even inheritances obtained during the marriage but inherited only by one spouse will be classified as separate (or “nonmarital”) property. The Florida Statutes clarify that nonmarital assets include “assets acquired separately by either party by noninterspousal gift, bequest, devise, or descent, and assets acquired in exchange for such assets.” Accordingly, even an inheritance by one of the spouses during the marriage should be classified as separate or nonmarital property and should not be distributed in a divorce.

However, this calculation can change in cases where property is commingled.

Commingled Inheritances and Seeking Advice from a Tampa Divorce Lawyer

When assets from an inheritance are commingled (or mixed with) marital property, their classification can become much more complicated. While commingled property often can be traced out and classified accordingly, sometimes it can become so commingled that the court cannot tell whether a particular asset is nonmarital or marital property.

A Tampa divorce attorney can speak with you about your case today. Contact Bubley & Bubley, P.A. to speak with a divorce lawyer about your situation.