Using a Power of Attorney to Protect a Person’s Finance 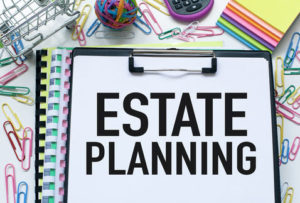 Parents derive a lot of pride and satisfaction in watching their children grow into independent and self-sufficient adults. This process includes a number of steps and transitions along the way, and at some point, the parent must take on a different role in their child’s life and in society. This societal shift comes when the parent ceases to put most of their identity in their child, and culminates when the parent leaves the workforce and cedes the future to the next generation. It is usually around this time, but hopefully before, individuals begin to contemplate estate planning issues as the end of life starts to approach. One issue that is unpleasant to consider, but critical to a person’s wellbeing, is ensuring an individual’s financial affairs will be competently handled in the event of physical or mental incapacitation. Without this safeguard in place, it is all too easy for an unethical person to exploit a vulnerable older person who has lost the ability to understand the consequences of financial decisions. A recent article in the Sun Sentinel Times looked at a woman who repeated targeted elderly men at risk for manipulation due to declining mental facilities in order to take as much money from them as possible. Typically, such exploitation is only discovered if the elder has a family member who notices something is amiss. One way to avoid this situation is to execute a power of attorney that designates who should take over a person’s financial affairs if he/she can no longer handle the responsibility.

At its most basic level, a power of attorney is a legal document that transfers decision-making authority from one person to another. The person who creates the document (principal) gives someone else (agent) the ability to make decisions and enter into legal relationships on his/her behalf. The language in the document determines how much authority is granted, and can range from very broad authorization to limiting this power to specified acts. In order to create a valid power of attorney, the document must be signed by the agent in the presence of two witnesses and be notarized by a notary public. Powers of attorney are effective upon execution, so if a person intends to pass the authority upon the occurrence of a specific event, like incapacity, it is necessary to delay delivering the document to the agent until that later date. Usually, the principal’s attorney will be responsible for retaining possession until the agent needs this power. Some of the most common legal acts powers of attorney authorize include:

There are three main types of powers of attorney: durable, limited, and general. A limited power of attorney restricts the agent’s authority to specific acts, like selling property in another state, and terminates once the act is completed. A general power of attorney gives the agent broad power to make decisions for the principal, but still requires the document to precisely list the extent of this power. Finally, a durable power can be limited or general, but importantly, remains effective after the principal becomes incapacitated. The other two do not survive the principal’s incapacity, so most powers of attorney created today are durable to avoid this issue. The key to this document fulfilling its intended purpose is for family members to remain involved in an elderly person’s life so incapacity can be identified and action taken before something bad happens.

Talk to an Estate Planning Attorney

If you are ready to set up a comprehensive estate plan or need to update your current one, an estate planning attorney can advise on the best legal options available to meet your goals. The attorneys at the Tampa law firm of Bubley & Bubley, P.A. bring together several areas of the law to offer clients the ability to have all their business and financial needs handled in one place. Contact us for a consultation.