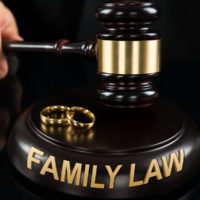 If you get divorced, can you remain as a beneficiary on your ex’s life insurance policy? This question depends in part on whether you live in a state with a law that is typically known as a “revocation-on-divorce” provision, or a “revocation-upon-divorce” provision. While many states—including Florida—have had these laws in place, the U.S. Supreme Court recently heard a case about whether these provisions are constitutional, and that case could impact similar cases in Florida and across the country in states with similar laws.

That case, Sveen v. Melin (2017), clarified that revocation-on-divorce provisions can be lawful under the U.S. Constitution. We want to say more about this decision and its likely impact on Florida divorce and estate planning matters.

To understand the implications of Sveen, it is important to learn more about Florida-specific law. As we mentioned above, Florida has statute that is similar to laws in many different states known as a “revocation-on-divorce” provision. This is a law that says, upon divorce, an ex-spouse’s rights to remain a beneficiary to which an insurance company would pay out are revoked. While most people who get divorced end up changing their beneficiaries on life insurance policies and other benefits, this statute explicitly states that such beneficiary status will be revoked upon divorce.

More specifically, under Florida law, if a person’s death certificate says that the decedent was not married at the time of death or remarried to a person other than the named beneficiary, “the payor is not liable for making a payment on account of, or for transferring an interest in, that portion of the asset to a secondary beneficiary under the governing instrument.” In other words, the insurance company does not have to pay benefits to an ex-spouse if the decedent is not married or has gotten remarried to another person.

In the Sveen case, Mark Sveen and Kaye Melin got married, and Sveen named Melin as his beneficiary on a life insurance policy. The state they lived in enacted a revocation-on-divorce provision after the marriage, and after Sveen named Melin as a beneficiary. Sveen and Melin later got divorced, and Sveen did not take any steps to remove Melin as the beneficiary. Sveen’s children argued that they were the rightful beneficiaries because the revocation-on-divorce provision should apply retroactively. The district court agreed, but then the Eighth Circuit reversed.

The U.S. Supreme Court clarified that the revocation-on-divorce provision in the state did not “substantially impair pre-existing contractual arrangements,” and thus did not violate the Contracts Clause of the U.S. Constitution. Further, the Court emphasized that, since Sveen could have renamed, or reinstated, Melin as a beneficiary after the divorce and did not do so, the revocation-on-divorce provision could apply.

The Court emphasized that the default revocation was lawful because a “policyholder can undo [it] in a moment,” and “if the law’s presumption about what an insured wants after divorcing is wrong, the insured may overthrow it simply by sending a change-of-beneficiary form to his insurer.” As such, Florida’s statute likely would be lawful in a similar case, provided that the decedent had the opportunity to rename the ex as a beneficiary prior to his death.

To learn more about the revocation-on-divorce provision or to discuss divorce and estate planning matters, you should get in touch with a Tampa divorce attorney as soon as possible. Contact Bubley & Bubley, P.A. today.