Timesharing Disputes and the Mental Fitness of a Parent 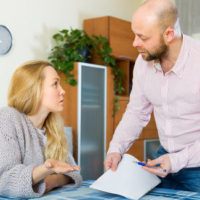 Making sure a child custody arrangement protects the welfare of the child is always the primary concern when a court evaluates this issue. Determining who will provide childcare and make decisions for the child’s benefit is often the most pivotal determination in divorce cases. Naturally, the physical and mental health of each parent is part of the analysis to decide if both parents are fit to take on these responsibilities, or if more responsibility should be shifted to one parent. If there are questions raised about the mental stability of a parent, the court may order a psychological evaluation of the parents and child to assess how best to structure child custody in that particular situation. A popular radio host is facing a child custody battle based in part on accusations by his wife that he is mentally unstable, citing his commentary on his show as proof. How courts decide to address challenges to the mental fitness of a parent in child custody cases depends on the specific facts of each case, including a history of mental health treatment. A discussion of the role past mental health treatment and court-ordered psychological evaluations play in the court’s overall decision on child custody, as well as the type of custody structure courts use to address this concern, will follow below.

Spouses who have received treatment for mental health issues, including alcoholism and drug addiction, could find themselves accused of being an unfit parent if child custody becomes a heated issue in divorce. When a party makes accusations of this kind, evidence must be produced to support them, or they risk the court discounting the claims entirely. Generally, records from treating psychologists or psychiatrists are protected from disclosure in legal proceedings as part of the privilege extended to the doctor/patient relationship. This rule holds true in child custody disputes, unless the other party can point to a serious event or episode, such as complete withdrawal or suicidal thoughts due to depression, that brings the parent’s ability to care for the child into question. However, the triggering event typically must occur while the custody proceeding is pending, and not in the past, before a court will order a release of the treatment records. If there is a mental health concern but no serious event to justify opening the parent’s mental health records, the court can, instead, order an independent psychological evaluation of one or both parents to assess child custody.

The doctor/patient privilege does not apply to court-ordered evaluations since they are performed solely for the purpose of trial. The evaluation may be limited to assessing the parent’s mental state, or also include an assessment of an appropriate child custody arrangement for the family. In either case, the evaluating psychologist will issue a report on his/her findings, which the court takes as one factor, among the many used, to decide the proper allocation of parental responsibilities. The psychologist can be called to testify about the findings and conclusions offered in the report, offering each party an opportunity to bolster their argument.

How Custody Is Structured When Mental Health Is an Issue

One essential point to understand about the child custody system used in Florida is that absent a parent losing all legal rights over a child, a court almost always allows some amount of contact between a parent and child, even in the face of a serious mental health issue. The contact may be supervised and conditioned on the parent receiving treatment for their issue, but courts are very loathe to completely deny contact if there is any way to allow the parent/child relationship to continue. However, while sole custody is rare, a court will award all rights to one parent if he/she can prove the other parent poses a present and continuing danger to the child’s physical or mental health. An experienced family law attorney can best advise on a parent’s legal options in these circumstances.

Few issues are as important as child custody, and divorcing spouses are often, and understandably, at odds over how this matter should be decided. Having an experienced family law attorney is the best way to ensure your wishes for your child prevail with the judge. The Tampa law firm of Bubley & Bubley, P.A. works to create solutions that are best for their clients and their families. Contact us for a free consultation, and learn how they can help you.