The Future of Parenting Is Slowly Entering the Courtroom 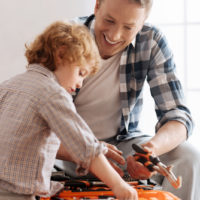 The traditional image of a family, with a mother, father and children living in the same home, is no longer the only way people view what qualifies as a family. With divorce becoming more prevalent, and the recognition of same-sex couples as deserving of the same rights given to heterosexual couples, the landscape of family in America is changing. One area where these changes have particular impact is in the determination of child custody. Some courts, Florida included, are starting to allow a child to have three legally-recognized parents in certain cases, instead of just the traditional two. A recent article published by News Talk Florida describes several non-traditional families that struggled to get the courts and legislature to grant parental rights to more than two parents, as well as the complexity of parenting a child when extra voices have a say. While a Miami court allowed three individuals, a married lesbian couple and a gay man, to adopt a baby girl in 2013, no law existed that explicitly authorized this outcome. Consequently, whether a third parent would be granted any rights is uncertain and would depend on the facts of a particular case. Further, Florida seems reluctant to grant any rights over a child to anyone beyond the two core parents, which is typically only seen in the very limited visitation rights extended to grandparents, and the complete absence of any rights given to stepparents who do not adopt. An overview of the legal consequences of having parental rights, and how courts evaluate custody decisions generally, will follow below.

Florida does not a have a statute that clearly defines what parental rights are, but they are generally taken to mean that parents have the right to make decisions for their children without interference from the government, unless there is evidence of abuse or neglect. Florida courts view parental rights as a fundamental liberty interest, and will only intervene to limit or take away a parent’s rights if a compelling reason exists. Thus, once rights are granted, which is automatic for married couples, but requires affirmative action in paternity and adoption cases, the government will not take them away unless the child is in danger. In practice, being a parent means having the ability to enroll a child in school, make medical decisions, access records, and sue for decision-making authority and physical custody in the event of a divorce or separation.

When courts need to make decisions related to parenting and supervising a child, most commonly in the context of divorce, the principle that guides this determination is the best interests of the child. Additionally, the law greatly favors promoting frequent and continuing contact between a child and both parents, so courts try to make the division of parental responsibilities as equal as possible and award shared custody unless this arrangement would cause a detriment to the child. However, a court must first recognize a party as a parent before it will decide how to allocate responsibilities. In a situation where more than two adults are seeking rights, a court would assess whether allowing more than two parents is in the child’s best interests by evaluating a number of factors, including:

Child custody cases are never easy, but having an experienced family law attorney advocating on your behalf will put you in a better position for achieving the result you want. The Tampa law firm of Bubley & Bubley, P.A. understands how special the parent/child relationship is, and will work with you to create a solution that makes sense for your family. Contact us today to schedule a consultation.