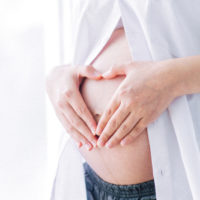 Domestic violence has no place in a healthy marriage. If you recognize the signs of reproductive coercion or another type of domestic violence in your marriage, divorce is the healthiest option for you and your children. For immediate guidance and access to resources for leaving an unhealthy marriage, contact The National Domestic Violence Hotline.

Reproductive coercion, like all other forms of domestic violence, is about control. When an individual uses force, threats, or guilt and shame to keep a partner compliant with his or her wants, he or she is an abuser.

Sometimes, reproductive coercion takes the form of using children to keep a partner in a relationship and dependent on the abuser. Sabotaging a partner’s birth control, preventing him or her from accessing birth control, misrepresenting one’s long-term or permanent birth control status, engaging in non-consensual sex in an effort to conceive a child, and preventing a partner from terminating a pregnancy she does not want to keep are all forms of reproductive coercion.

It can also take the form of keeping a partner from becoming a parent in an effort to keep him or her under control. These kinds of reproductive coercion include forcing or coercing a pregnant partner into terminating a wanted pregnancy, coercing a partner into being permanently sterilized, and physically abusing a pregnant woman in an effort to induce a miscarriage. Violence against pregnant women is a persistent, serious issue. According to the National Institutes of Health, homicide is the second-most common cause of injury-related death for pregnant women.

Reproductive Coercion’s Overlap with Other Forms of Domestic Violence

Emotional and psychological manipulation, like gaslighting, are two other forms of domestic violence. With these tactics, an abuser can destroy a victim’s sense of self-worth and ability to trust his or her own perceptions and capabilities. It is not uncommon for a victim to experience two or more forms of domestic violence at once. When a partner refuses to pay for birth control or a termination, reproductive coercion overlaps with financial abuse.

You do not deserve to stay married to an individual who abuses you in any way. If you have faced reproductive coercion in your marriage, leave the household and get to a safe place. Then, contact an experienced Tampa divorce lawyer to begin the divorce process. You, and only you, are in charge of your reproductive choices. Contact Bubley & Bubley, P.A. today to set up your initial legal consultation in our office.