Protecting Heirlooms In A Divorce 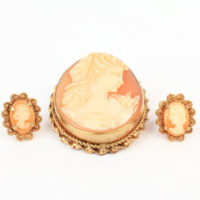 Are you scared of losing everything in a divorce? If so, you’re not alone. Many people avoid or delay divorcing their spouse due to concerns over how their assets will be divided. The good news is that you will not lose everything, and if there are specific assets or items that are important to you, your lawyer can likely help you keep them through negotiations or litigation. When it comes to priceless family heirlooms it’s completely understandable that you wouldn’t want to leave anything to chance. In most cases, these items will not be subject to equitable distribution. We’ll explain more on this below.

How is Property Divided in a Florida Divorce?

Florida is an equitable distribution state, which means that property is not simply divided 50-50 down the middle like it is in some states. Instead, the courts will weigh a number of factors in order to determine what a fair division would be. It’s important to understand that only marital property is subject to this division. The separate property of each spouse cannot be touched.

How are Heirlooms Divided in a Divorce?

If an heirloom is determined to be marital property, the parties to the divorce will have the option to determine amongst themselves who gets to keep them. If the parties are unable to arrive at a decision, they may be assisted by a mediator or negotiate the matter with the assistance of independent counsel. If the parties are still not able to reach a mutually agreeable outcome, the matter can be litigated in court and decided by a judge. Regardless of the path taken, it will be important to have the heirloom appraised so that the parties have an accurate understanding of the value. While heirlooms are high in sentimental value, they are not always actually worth a large amount of money. This can be an important factor to consider in negotiations, as the party who wants to keep the heirloom may be able to simply pay its value to the other party or trade them an asset of equivalent value.

If you want to make sure that your assets are protected during a divorce and that you receive the best divorce settlement possible, contact the experienced Tampa divorce attorneys at Bubley & Bubley, P.A. to schedule a consultation and find out how we can help.