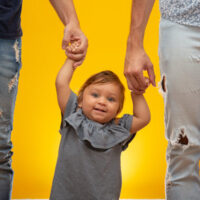 Although same-sex couples were only able to legally marry a few years ago, they are also able to legally divorce. However, there are additional considerations to discuss if child custody must be determined. Some same-sex couples may have adopted a child together or a couple may have formed a blended family but each party does not have legal custody of the other party’s child. This can further complicate matters, and unfortunately, family courts have limited experience presiding over LGBTQIA+ divorce and custody disputes. Our attorneys at Bubley & Bubley, P.A. understands the challenges same-sex couples and families face and we are prepared to assist parties in any way we can.

Florida same sex couples who are not married might form one large blended family, although because the couple is not married, they do not become step-parents of the other party’s children.  If married, it is possible for the other party to adopt a stepchild. However, there are additional requirements to adhere to, especially if the child’s other biological parent plays an active role in their life and does not consent to the adopting. Because a child can only have two legal parents or two legal guardians, adopting a stepchild is not always a viable option. If a same-sex couple married after one spouse legally adopted a child, but the other spouse never petitioned to be the child’s legal parent as well, it could contribute to a legal battle for custody if the couple seeks legal separation or divorce.

Unfortunately, unlike other states, Florida does not recognize the “de-facto” parent. This means if the other party has played an active role in the child’s life, taking the child to school, preparing meals, living under roof and otherwise providing the child love and guidance, the courts cannot take that into consideration when determining custody and visitation. Unless the other party took steps to adopt the child or both parties adopted the child during the marriage or prior to the marriage, it is difficult to arrange visitation legally. Some parties are willing to pursue a time-sharing agreement out of good faith, but this is something to discuss with an experienced same-sex family law attorney.

If both parents are the legal parents of the child, they can decide on child custody through mediation or pursue litigation. This would involve drafting a parenting plan or parenting agreement and determining whether both parents would share legal and physical custody or if only one parent would have sole physical custody with the other parent observing visitation. Some parents choose a 2-3-2, 2-2-3, or 4-3 custody schedule. Other parents may alternate the schedule week to week. In addition, a custody schedule will look different for parents of infants and very young children versus children in school. Some parents also seek alternate arrangements for summer custody or summer vacation. Whatever you choose, it is critical that the schedule you adhere to is in writing in the parenting plan or custody order. Deviating from the schedule or “winging it’ week to week undermines attempts at providing stability for your shared children. If a modification is sought, a motion should be filed in family court to change the schedule officially.

If you or a loved one require the services of an experienced Tampa family law attorney, look no further than our lawyers at Bubley & Bubley. We are a small boutique law firm focusing on family and estate law matters and are dedicated to providing tailored advice and guidance to our clients. We are conveniently located in downtown Tampa and serve clients throughout Hillsborough and Pinellas Counties with all family law matters. Call us today to schedule a consultation.