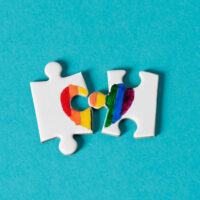 This raises an important question: Are same sex divorces any different than opposite sex divorces? Technically, the answer is “no”, at least on a procedural level. However, for a number of different reasons, same sex couples may face some unique issues when getting a divorce. If you are separating from your partner, a same sex divorce attorney in Tampa can help.

As a starting point, it is important to recognize that the process for getting a divorce is the same—regardless of whether you are in a same sex or opposite sex relationship. Equal rights are equal rights. A same sex divorce is still filed in the same court, using the same rules, and many of the sames issues must be addressed—from property division to spousal support. Further, same sex couples are still required to meet Florida’s residency requirement in order to be eligible to get a divorce within the state. If you are in a same sex couple and you got married in Florida after the 2015 court decision of Brenner v. Scott officially became law, your divorce may be no different than that of an opposite sex couple.

Many same sex couples in Florida have been involved in long-standing relationships. Indeed, you and your partner may have lived together in a marriage-like relationship long before the state of Florida actually recognized the legal validity of the marriage. In divorce, this can create some additional challenges and complications.

Same sex couples who were together before their marriage was legally recognized should discuss their case with an experienced same sex divorce lawyer. There are certain issues, including alimony and child custody, that could potentially be affected by the unique nature of your relationship. This is especially important for non-biological parents who were initially prevented from getting married by Florida law.

In some cases, it is possible that a Florida judge will decide to recognize you as having been in a common law marriage—especially if you moved to Florida from another state after having obtained a legally valid marriage or civil union in that jurisdiction.

At Bubley & Bubley, P.A., our dedicated Tampa same sex marriage attorneys have the skills and knowledge needed to effectively represent you in a same sex divorce. To set up a completely private assessment of your case, please do not hesitate to contact us today. With a law office in Tampa, we are a boutique law firm serving communities throughout Hillsborough County and the surrounding region.