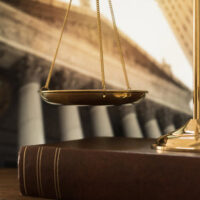 The Florida Second District of Appeals recently issued a decision regarding spousal support appeals. The husband appellant (the one challenging the trial court’s opinion) argued that he should no longer be required to pay alimony to his former wife because he retired early due to disability. After the former husband filed the appeal, but before the court could render a decision, he stopped making timely alimony payments, and unilaterally cancelled a life insurance policy for which his former wife was the beneficiary.

What is Considered a Substantial Change in Circumstances?

Why was a Modification Necessary?

The Second District Appellate Court held that voluntary retirement in this case was reasonable due to the former husband’s employment as an electrical instrument technician (working 12 hours day in manual labor). The former husband was approaching 65, with comorbidity of COPD, diabetes and multiple sclerosis. Despite his best efforts, his former employer could no longer accommodate his return to work. The Court found that these circumstances were in fact a substantial change warranting a modification in spousal support payments. In the instant case, the Appellate Court also noted that the trial court failed to consider the former wife’s financial needs regarding permanent periodic alimony. She was already receiving disability income and half of the former husband’s pension in monthly allotments. On page six of their opinion, the  Court notes that alimony is not meant to exceed a supported spouse’s living expenses.

Often alimony and spousal support are the most contested issues in any divorce case, even if the parties maintain an amicable relationship. Because no two alimony cases are the same, it is crucial you hire an experienced Tampa family law attorney. If circumstances have substantially changed and you are no longer able to pay monthly spousal support, you may be able to seek a modification with the court of jurisdiction. Our attorneys at Bubley & Bubley also specialize in family court appeals and can assist as you navigate the lengthy and cumbersome appellate process. Call today to schedule a consultation.