How To Prove Your Spouse Is An Alcoholic 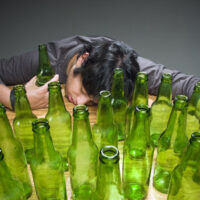 In child custody fights, judges must decide custody based on the child’s best interests.

This might sound like a vague standard, but it essentially means coming up with a custody arrangement that promotes your child’s physical, mental, and emotional well-being.

If you had a child with an alcoholic, you probably have reasonable fears for your child’s safety. Alcoholism is a serious problem, and many people never overcome it. In a child custody fight, we probably will inform the judge that your ex is an alcoholic. But to be successful, we will need solid evidence.

Why Alcoholism Matters for Child Custody

A parent who has a substance abuse problem is a clear threat to the children. When a person drinks, they often make poor choices. They could drive with their children in a car and get into a drunk driving collision, for example. Even worse, they can neglect their children, which means a child will not receive the necessary food, medical care, and love.

Under Florida Statutes § 61.13(3), a judge must consider certain factors when analyzing what is in a child’s best interests. Alcoholism is relevant to several factors, such as:

For this reason, we often want to know if a parent has a substance abuse problem like alcoholism.

If your ex is an alcoholic, we can bring that to a judge’s attention. But you need to do more than simply allege a substance abuse problem. We also need proof.

How to Address Your Own Alcoholism

If you have a drinking problem, you can expect it to come up in a child custody fight for the reasons listed above. What can you do to improve your odds of receiving custody?

We strongly recommend disclosing all substance abuse problems with your attorney. Together, we can come up with a game plan for showing a judge that you take your problem seriously. For example, you might check into a facility or enroll in a 12-step program. Probably the worst thing to do is lie to the judge, who will have no reason to believe anything you say going forward.

Our Tampa child custody lawyers have represented many parents in court. We will gladly describe more of our services in a consultation.