How Much Influence Does a Child’s Wishes Have in Timesharing Decisions? 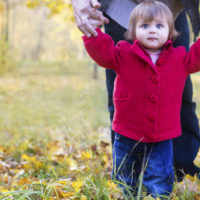 Parents that decide to divorce have a lot of hard decisions to make concerning timesharing. Most children, especially younger ones, have a difficult time understanding the changes taking place, and why there is a need to separate the family. In the long term, children do typically benefit from seeing their parents happy and away from an unhealthy relationship. When it comes to deciding who should be the primary caretaker, most children over the age of five have a preference for which parent they would choose. Certainly, the age, maturity and mental development of a particular child indicates if the selection is rational, but given that the child will most directly experience the impact of the final decision, should he/she have a say in which parent it is?

Parenting plans govern child custody arrangements in Florida, and specify how the parents will share custody and decision-making responsibilities. They also include a time-sharing schedule that outlines when each parent will have physical custody of a child. Parents that need to establish enforceable child custody orders have two options to create a binding parenting plan: decide on a plan privately and submit it to the court for approval, or have the court decide the appropriate custody arrangement if agreement is not possible. In either case, the best interests of the child control the court’s ultimate decision. How the wishes of the child impact a judge’s assessment of what is in his/her best interests will be discussed below.

Weight Given to Child’s Wishes

The weight placed on a child’s wishes tends to vary by the judge hearing the case, with some giving the child’s preference more consideration than others. Cases involving child custody matters often require hearings to discuss unresolved issues and to give the court an opportunity to assess the parents’ capacity to cooperate and care for the child. At this hearing, the judge has the option of interviewing the child to evaluate his/her views on the child custody arrangement. Whether the court decides to engage in this discretionary interaction, and how much the child’s opinion will matter, depends upon the child’s age, maturity and his/her ability to make a reasoned and informed decision. Thus, a court is unlikely to give the wishes of an eight-year-old the same degree of consideration as those of a 15-year-old. However, the characteristics of each child must be individually assessed to ascertain how informed the opinion actually is.

Best Interests of the Child Generally

As noted above, all custody matters are viewed through the lens of what is in the best interests of the child, and a child’s wishes are no exception. Florida law has a long list of factors that comprise how courts decide this issue. Three factors that could particularly influence the weight given to a child’s wishes are: domestic violence, lack of parent/child relationship and siblings. These three factors stand out because they directly affect the child’s physical and/or mental wellbeing. The presence of domestic violence is an issue that would particularly motivate a judge to consider the child’s wishes, and in fact, a criminal conviction for this type of offense automatically creates a presumption against the guilty parent. As for the lack of a parent/child relationship, courts will probably consider the child’s wishes, but still allow the absent parent a chance to rectify the damaged relationship. Finally, courts are usually reluctant to split up siblings absent a compelling reason, and if a child expressed a desire to live with a specific parent to stay with a sibling, this arrangement is likely to get significant consideration. Ultimately, though, the court will look at all the relevant circumstances to decide which custody arrangement is best.

If you have questions or concerns about timesharing, thorough and accurate information is needed to ensure the right decision is made. The Tampa law firm of Bubley & Bubley, P.A. knows how urgent these issues are, and tailors its approach to timesharing matters according to the unique needs of each client. Contact us to learn how we can help you.