How Much Does My Child’s Preference About His Or Her Timesharing Plan Matter? 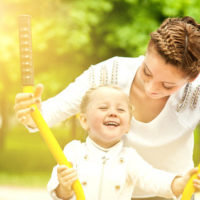 When a couple with children divorces, a child custody arrangement is an important part of their divorce settlement. In Florida, the term “custody” is not generally used anymore. Instead, courts refer to the child’s schedule in each parent’s home as his or her timesharing schedule and each parent’s role as his or her parental responsibilities, which come together to form a parenting plan. No matter which terminology is used, the fact is that in most cases, the court orders a shared custody arrangement for a child after his or her parents divorce.

To create this arrangement, the court considers a list of factors about the parents and the child’s needs. These factors provide insight about the family that can help the court determine the arrangement that is in the child’s best interest. Many children express their preferences about their timesharing schedules, and many parents wonder if their children can choose their schedules. Although a child cannot determine his or her timesharing schedule outright, the court may consider the child’s opinion in certain cases.

Your Child’s Preference is Never the Only Factor Considered

To determine a timesharing arrangement, your child’s preference may be considered alongside factors like each parent’s income, each parent’s willingness to cooperate with court orders, the child’s personal, medical, and academic needs, and the child’s relationship with each parent. The court never makes a determination based on only one factor.

As your Child Develops, his or her Preference and Needs can Change

For a young child, maintaining the routine he or she had before the divorce could be a priority that leads the court to grant primary custodial duties to the parent who remains in the marital home. As a child grows older, his or her needs can change, necessitating a change to his or her timesharing arrangement.

A college-bound teenager might express that the school district where one parent lives provides better academic opportunities and ask to spend the bulk of his or her time with that parent. This is a valid reason for the court to alter an arrangement according to a child’s wishes. A teenager who wants to live primarily with the more lax parent because he or she can party more frequently, on the other hand, does not have a good reason for seeking a change to his or her order.

Contact our team of experienced Tampa divorce lawyers at Bubley & Bubley, P.A. today to schedule your initial consultation in our office. We can examine the relevant factors in your case to help you seek a fair, appropriate parenting plan for your child.