How Do You Know If Your Florida Divorce Case Will End Up In Court? 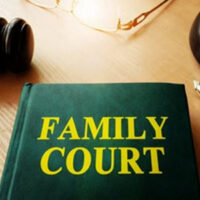 Mackenzie and Richard were married twelve years and they have two children together. They met in college and made their home in Hillsborough County. Now that they have decided to get a divorce, their relationship is anything but amicable. Neither party can agree about any aspect of property division, let alone reach a custody agreement. A mutual friend suggested mediation but this likely not advantageous since they barely communicate without it devolving into an argument. If a divorcing couple cannot negotiate and reach a marital settlement agreement, does the case go to trial?

When a matter is contested, this means the parties do not agree as to one or all terms regarding the case. In a family law matter, this could mean there is disagreement about custody arrangements, child support (whether it should be awarded or in what amount), alimony, or property value and division. If the parties previously signed a prenuptial or postnuptial agreement, there may be argument as to whether it is valid because circumstances changed. Often if adultery or domestic violence occurred, emotions are too charged for the parties to have a civil discussion about the future trajectory of their lives and the lives of their children. If an ongoing domestic violence matter is occurring concurrently, this could further complicate matters because it might be unsafe for one party to contact the other about finalizing a divorce.

Whatever the case may be, family courts encourage parties to work on negotiating and coming to an agreement outside of court. Why? Because participating willingly in negotiations and reaching a compromise means the parties have seriously considered the issues and at least tried to reach a solution that is agreeable for their family. When a judge must decide all the issues between the parties, they may not have all the facts or they make a decision that neither party is happy with. This is why it is so crucial that if there is discord between parties, that both parties hire a skilled Tampa family law attorney to advocate on their behalf.

When is it Too Late to Settle?

It is never too late to settle a divorce case. When lawyers talk about settling a case, they mean resolving the issue out of court. It could be the day of an uncontested divorce hearing, and the parties could still reach a stipulated settlement agreement about the issues between them. In that case, the parties would notify the court that they would want the marital settlement agreement entered on the record and the hearing would be converted to an uncontested hearing. An uncontested hearing allows the judge to ask the parties if what they agree to is contained in the settlement agreement and should be incorporated into the judgment of divorce. Only a judge has the power to dissolve a marriage, but he or she will rarely grant additional items not found in the proposed judgment.

Schedule a Consultation with Tampa Family Attorneys at Bubley & Bubley

Family law is unlike any other discipline because it concerns every aspect of our lives and can have a profound effect on our future. For this reason, it is critical that you contact a family law attorney if you are contemplating divorce. Even if you and your ex have tried to be amicable or believe it is cheaper to go without, you deserve what you are entitled to, and your children deserve to be protected and cared for. Our Tampa family attorneys at Bubley & Bubley understand that everything is at stake and we work tirelessly to advocate for our clients. Call us today to schedule a comprehensive evaluation of your case.