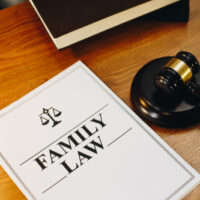 When parents in Hillsborough County decide to get divorced, they often worry about how their decision to split up will impact the emotional well-being of their children. In some cases, parents focus on the immediate aftermath of the divorce and their kids’ reactions to spending time in two separate households and splitting time between parents. In other situations, parents may know that divorce can have long-term impacts, specifically when it comes to their child’s educational achievements in middle school, high school, and beyond.

Does divorce actually affect a child’s ability to do well in school? According to a recent study conducted by researchers at the University of California, Los Angeles (UCLA), the effect of divorce on a child’s education varies depending on a number of factors, particularly the family’s socioeconomic status. In other words, there is no objective measure for determining how a divorce will impact a child’s education achievements, but there are certain predictive factors to help parents determine whether their decision to get divorce is likely to affect their child’s education. And the conclusions may be different than you might expect.

The study, which was led by UCLA sociology professor Jennie Brand and published in the Proceedings of National Academy of Sciences, it is the children whose parents are not likely to separate because of socioeconomic factors who tend to struggle the most educationally as a result of divorce.

Yet children who were raised in families that fall into lower socioeconomic statuses, are less likely to experience difficulties in schooling as a result of divorce. What is the reason for the difference? According to Brand, children from less advantaged families tend to deal with a variety of adversities, and as such they may have developed ways of coping with emotional difficulties or changes in routine in ways that children from more socioeconomically advantaged families have not.

Details of the Study

How did Brand and her co-authors conduct the study? They looked at data from more than 11,500 children and nearly 5,000 mothers collected by the National Longitudinal Survey of Youth and the National Longitudinal Survey Child Mother File, respectively. These data collections are part of a program developed by the U.S. Bureau of Labor Statistics (BLS).

If you have questions or concerns about the divorce process in Florida, a Tampa divorce attorney can speak with you today. Contact Bubley & Bubley, P.A. to discuss your case with an advocate at our firm.