Gray Divorce and Remarriage: How Should You Handle Retirement Assets? 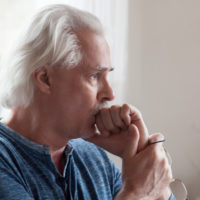 The term “gray divorce” has been in the popular American vocabulary for more than five years now. It was initially used by two researchers at Bowling Green State University, Susan Brown and I-Fen Lin in an article about divorce among older adults published in The Journals of Gerontology. In short, gray divorce has been on the rise in recent years, which means that more seniors are filing for divorce, and some of those individuals are getting remarried in the years that follow (what we might call “gray remarriage”). According to a recent article in MarketWatch, gray divorce followed by gray remarriage can take a toll on finances, especially retirement assets. What do you need to know about gray divorce and remarriage when it comes to handling retirement assets?

According to the MarketWatch article, a Pew Research Study indicates that gray divorce has “more than doubled” among people aged 50 and older in recent years. For those aged 65 and older, the rate of divorce actually has tripled. For many of these couples deciding to get divorced, their marriages lasted for decades—often for 30 or even 40 years. Under Florida law, when a couple decides to get divorced, their marital assets are divided according to a theory of equitable distribution. The theory of equitable distribution says that marital property will be divided in a way that is fair to both of the parties based on a number of different factors in the marriage.

As the MarketWatch article underscores, many older adults are torn about whether they want to have assets to leave to their adult children from their first marriage and whether they want to be able to provide for a new spouse. Some older adults who have recently gone through a gray divorce decide to enter into a premarital agreement with the person whom they plan to remarry. The premarital agreement can protect the retirement assets, classifying them as separate property (meaning that it will not be marital property of the second marriage) even if additional contributions are made. In other cases, however, a spouse with retirement assets distributed in a gray divorce might want to ensure that the new spouse in the second marriage has access to those assets, and thus may name that spouse as a beneficiary or may commingle those retirement assets with those of the new spouse.

Managing retirement assets in a gray divorce and later a gray remarriage can be extremely complicated. An experienced Tampa divorce attorney can help. Contact Bubley & Bubley, P.A. to learn more about how we can assist you.