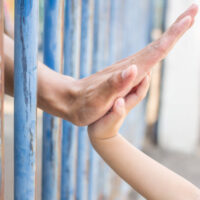 Governor DeSantis signed more than 300 bills into law over the past legislative session. Many new laws took effect on October 1, 2021. One of the new statutes directly affects co-parents and speaks to time-sharing of minor children for convicted parents. The new law substantially hampers the rights of a convicted parent to equal access and time spent with the child.

What Does HB 141 Mean for Tampa Parents?

HB 141 makes amendments to time-sharing rights of convicted parents. It amends SB 61.13, stating that if a parent is convicted of a misdemeanor related to domestic violence, or any felony, this conviction creates a rebuttable presumption against that parents shared responsibility and time-sharing rights of the child. A rebuttable presumption is an assumption the court takes on unless the convicted parent can show evidence otherwise to overcome that presumption.

Previously, convicted parents were still entitled to participate in shared responsibility of children, including shared legal custody, even if behind bars(although logistically speaking this was difficult to carry out). Now, even if parents are no longer incarcerated, simply having a conviction on their criminal record creates a rebuttable presumption that allowing equal time-sharing would be detrimental to the well-being of the minor child.

What About Child Support Obligations?

This means that convicted parents must continue to make child support payments, and evidence of incarceration is not automatically considered an inability to pay. Rather, the incarcerated or convicted parent must file an emergency modification to the child support agreement to be temporarily relieved of payments until released or to reduce the amount owed. The new law also states that evidence (but not necessarily a conviction) of child abuse or domestic abuse of a spouse or co-parent will be considered when the court makes a decision for time-sharing.

House Bill 141 has serious ramifications for convicted and incarcerated parents. It also raises the stakes for parents fighting for custody and time-sharing rights, especially if previously accused of child abuse or domestic abuse. If you have questions about how the new law will affect your family, call our Tampa child custody attorneys at Bubley & Bubley.