Do Affairs Affect the Outcome of Divorce? 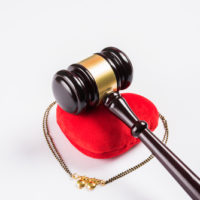 Certain hot-button issues are some of the leading and more well-known causes of divorce – financial strain, the pressures of raising a family, and growing apart over time. But, one catalyst that is synonymous with divorce is having an extramarital affair. Historically, adultery was grounds for petitioning for divorce, but with most states now allowing no-fault divorce, proving a spouse did something affirmative to cause the end of the marriage is no longer necessary. Further, the court is generally not interested in the particulars that ended a marriage, and generally will not entertain statements or testimony on this issue. However, this does not mean bad conduct by a spouse may not have consequences on the outcome of a divorce. A Palm Beach County divorce catching headlines recently involves a pro-golfer worth $65 million, and accusations by his wife of extramarital affairs have spurred their separation and pending divorce case. While adultery is not a definitive factor in a divorce, it can affect how certain issues are handled by the court, and also frequently impacts the settlement terms the parties may form, as the spouse that engaged in wrongful conduct is often eager to keep such information quiet and out of the public record. The areas in which adultery could have a discernible effect in a divorce are division of assets, alimony awards and child custody. Given how common this scenario is in divorce, a discussion of the potential consequences of adultery will follow below.

While adultery has no bearing on a party’s right to divorce, it can impact the division of marital assets. Florida divides marital property using the standard of equitable distribution, which says that a court will divide assets based on what is most fair or just under the circumstances. Thus, property may not be divided equally. In the context of adultery, this conduct comes into play if a spouse wasted or intentionally dissipated assets to fund the affair. This behavior is akin to financial adultery, and a spouse will not be permitted to freely use marital assets solely for his/her own benefit that directly diminishes the resources available to the innocent party. Evidence in the form of credit card statements and bank records that show gifts, reservations or travel related to the adultery will need to be produced to show financial harm. Further, the party claiming dissipation of assets will be expected to establish he/she did not know about the affair or did not condone the behavior.

Decisions related to child custody are another area where an affair can influence the outcome. Courts evaluate all child-based determinations by examining what is in the best interests of the child, and if a party can show the other spouse relinquished parenting time to conduct the affair, or had the affair in the presence of a child, these facts can shape the final custody arrangement. Additionally, courts will consider whether the third party involved in the affair indulges in behavior that could hurt the child’s well-being, such as drug or alcohol abuse. For example, a court could prohibit a party from having the person involved in the affair present during parenting time, or reduce the amount of parenting time allocated amid concerns the adulterous spouse would not prioritize the needs of the child.

Finally, Florida law directs courts to consider evidence of adultery when deciding whether to grant an alimony award. However, a number of additional factors must be assessed before deciding this issue, and the spouse asking for support will likely still be required to present evidence the adultery caused financial harm, not just emotional.

The circumstances that lead to divorce are rarely pleasant, and can cause a great deal of emotional distress. While no one can completely relieve you of this burden, a Florida divorce attorney can take some of the stress associated with the legal process away so you can focus on helping yourself and your family move forward. The Tampa law firm Bubley & Bubley, P.A. understands the complicated issues associated with divorce, and is available to discuss the circumstances of your case. Contact us to schedule a consultation.