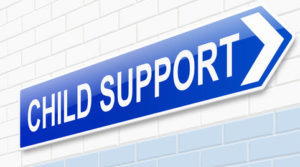 Divorce inevitably brings a lot of change to the soon to be ex spouses, and one area that is particularly impacted is the financial lives of those involved. Going from two incomes to one, or from staying at home to working requires a big adjustment to a person’s spending power. One financial determination that is key in any divorce between a couple with children is who will pay child support and how much. Few parents would deny the importance of financially supporting their child throughout childhood and into the teenage and college years, but this does not negate from the fact that paying monthly child support is a big financial expenditure that significantly impacts the obligated parent. Having some idea of the amount a court is likely to order can help divorcing parents make financial adjustments sooner rather than later, which is important since it is nearly impossible to get out of this obligation. A Florida appeals court, however, upheld a lower court decision that exempted a prison inmate from paying child support. The court noted that state law and previous court decisions did not permit a judge to attribute an expected income to the father in these circumstances. An overview of how courts calculate child support will follow below.

Both parents are required to financially support their child, but determining who pays child support in the event of a divorce or separation is mainly driven by which parent provides the bulk of the childcare, and is also influenced by which parent has the greater ability to pay. Thus, if a child spends approximately equal time with each parent, both may be required to pay support to the other. On the other hand, if one parent takes care of the child 80 percent of the time, the non-custodial parent would be the party required to pay child support. It is worth noting that all child support orders include a provision that mandates financial support until the child reaches 18, unless the parties agree otherwise, or the child marries, joins the military, is emancipated, or dies. So, this is a long-term obligation, and parents should fully understand what this money is intended to cover, and how the amount is calculated.

In addition to paying for necessities, such as food, housing, and clothing, child support may also include health insurance coverage, childcare, education, and any other unique needs the child may have. When determining how much a parent should pay, the first thing a court examines is the monthly income of each party, minus allowable deductions, to arrive at a parent’s net income. Income is based on all sources of revenue a person collects each month, both from employment and business operations. Examples of income include:

Once the parents’ net incomes are calculated, the court will add the amounts together, and plug that number into a chart to arrive a baseline child support obligation. For example, if the parties’ combined monthly net income is $5,000, each parent is responsible for approximately $500 in child support, which is typically paid by the parent with the least amount of parenting time. It is important to note that judges can deviate from the established child support amount due to things like extraordinary medical, educational, or psychological expenses, independent income earned by the child, seasonal variations in a parent’s income, and the age of the child.

Talk to a Family Law Attorney

Figuring out how much child support a parent will be required to pay is a complex process that varies on a case-by-case basis. If you have questions or concerns about child support, it is best to speak to an experienced family law attorney, like those found at the Tampa law firm of Bubley & Bubley, P.A. We can look at your entire financial situation, and give you an informed estimate of the amount a judge is likely to award. Contact us to schedule a free consultation.