An Overview of Religion and Child Custody in Florida 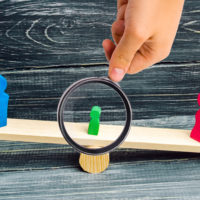 Religion is an important part of life for many parents and families in Florida. Indeed, recent survey data finds that 75 percent of adults in the state identify with a particular religious faith. When parents separate, differences in religious views and practice can be a source of conflict. This raises an important question: Will religion influence a child custody case in Florida? The answer is “maybe”—however, courts typically want to leave these issues to the parents to the greatest extent possible. Here, our Tampa child custody lawyers explain how Florida courts handle matters of religion and child custody.

In Florida, custody and visitation cases are governed by the state’s best interests of the child standard. A Florida court must make custody determinations that are best for the child. How does religion play into this? Ideally, it doesn’t: Courts cannot favor a particular religion or religious practice. Perhaps the most important takeaway is that Florida courts want to leave the issue of religion to parents. Florida courts will not choose a child’s religion.

Indeed, courts favor avoiding the thorny issue of religion as much as possible. As a Florida appeals court judge wrote in the case of Abbo v. Briskin, a child’s religion is “not the proper business” of a judge. That is not to say that Florida courts will never make decisions regarding custody and religion. In some cases, it may be unavoidable. However, courts strongly prefer to leave this matter to the parents whenever possible. Courts favor resolutions that produce health, safety, emotional well-being, and stability in a child’s life.

Children Who are Thirteen and Older May Get a Say

Under Florida law, older children are sometimes permitted to give input into their own custody/visitation case. As a general rule, these children must be 13 and older and they must have been deemed to be mature enough to understand the implications and ramifications of the situation they are facing.

To be clear, children are never allowed to make final decisions in a custody/visitation dispute—but, a Florida judge will give serious weight to the opinion of a mature child. What does this mean for custody and religion? If a serious dispute has developed regarding religion and the child is firmly on the side of one of the parents, that is probably going to matter and it could have a significant influence on the court’s decision. If you have specific questions about your parental rights, a lawyer can help.

At Bubley & Bubley, P.A., our Florida child custody lawyers have the skills and legal knowledge needed to handle a wide range of complex cases, including those involving religious issues and other complex parental differences. For a confidential family law consultation, please contact us today. From our law office in Tampa, we represent parents in child custody cases throughout the region, including in St. Petersburg, Odessa, Safety Harbor, Land O Lakes, Valrico, and Wesley.