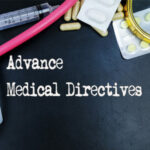 The Importance of an Advanced Directive and Healthcare Surrogate

Why should you consider an advanced directive or nominating a healthcare surrogate, in addition to drafting your will and determining allocation of assets? While it is difficult to think of our own passing, it is much more difficult for family members when you pass, or while one is critically ill, if a healthcare surrogate… Read More » 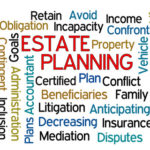 If you are thinking about drafting estate planning documents in Florida, you may have heard about both a power of attorney and the more specific health care power of attorney. Whether you are putting plans in place because you recently had children and want to plan for the future, or if you are getting… Read More »

What You Need to Know about Designating a Health Care Surrogate

Having the ability make decisions about your own health care is greatly valued by most people. Medical treatment is a very personal issue, and it is common for people to disagree on the correct approach, making the right to make these decisions even more important. At some point, though, many people will be faced… Read More »

In January, Florida became the 36th state to legalize marriage for same-sex couples. More recently, the United States Supreme Court held that same-sex couples have the constitutional right to marry. (Obergefell v. Hodges (2015) 772 F.3d 388, 576 U.S. ____). All people who are married, whether of the same or opposite sex, need to… Read More »